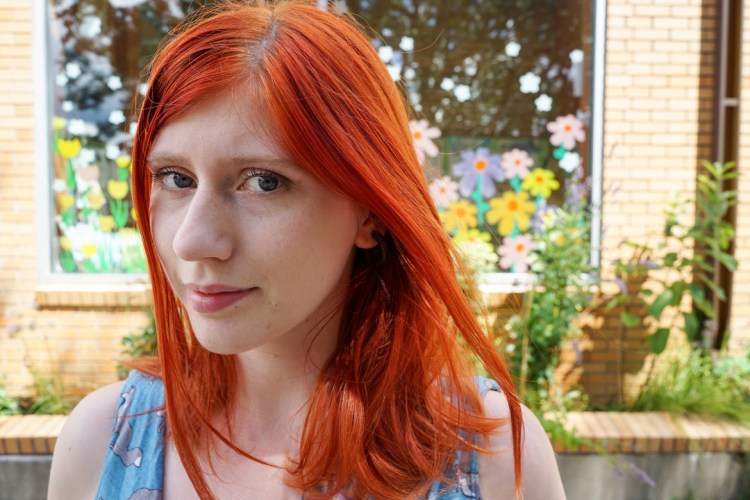 Kayla VanDyke, 23, was on her way in a career as an advocate for foster youth in Oregon. She had a college degree in human physiology and she was working for Foster Club, an advocacy organization, counseling foster children who had traumatic experiences with sexual abuse and attachment issues. In and out of foster homes herself since she was 5 years old, VanDyke was looking at graduate schools in Oregon to strengthen her skills in child welfare and have more impact.

Instead, she had to return to her home state of Minnesota because of recurring health issues. The Affordable Care Act will cover foster youth who age out of foster care until they are 26 — unless they move into certain states. A provision in the Medicaid law allows Oregon to refuse health coverage to foster youth if they move in from out of state.

Just like that, VanDyke’s dreams were hijacked. Only 13 states allow foster youth to travel into their state with their federal health insurance, an obvious hole in the safety net of ACA.

“The bureaucrats and government and the state, they all talk about wanting foster kids to succeed and make it on their own, and here I am, someone who graduated from college with good grades and with independent research, and I was on a path to graduate school — and here is this roadblock,” VanDyke said. “I am doing things to be successful in the community and overcoming challenges and then, all of a sudden, a core support is being pulled out from under me. It didn’t make a lot of sense.”

When VanDyke’s stomach and intestinal issues grew more severe this past spring, she had to give up the job and move back to Minnesota to seek health care.

According to Shadi Houshyar, the vice president of child welfare policy for First Focus, an advocacy organization that lobbies in Congress on issues involving children and families, the 13 states that allow foster youth to leave their home state and use their health insurance in another state are California, Georgia, Kentucky,  Louisiana, Massachusetts, Michigan, Montana, New Mexico, New York, Pennsylvania, South Dakota, Virginia and Wisconsin.

So far, 37 states will not allow the Medicaid coverage to travel with former foster children. However, the Center for Medicaid and Medicare Services (CMS) said in a December 2013 memo to state Medicaid offices that it will approve any state that offers an amendment to its Medicaid policy covering people who were in foster care and getting Medicaid when they “aged out” in other states.

Section 2004 in the Affordable Care Act added a new mandatory group to the law: former foster care children. Former foster care children now had to be covered by health insurance under one section of the Affordable Care Act. Another section said states must cover people under age 26 who were both enrolled in Medicaid and in foster care under responsibility of the state when they turned 18 (or a higher age such as 21 in some states).

In a statement Dec. 13, 2013, CMS, which is part of the U.S. Department of Health and Human Services, interpreted the law to mean that states had the option to cover foster youth from another state, regardless of income.

In a 2009 speech on the Senate floor, then-Sen. Mary Landrieu, D-La., the primary sponsor of the provision to allow foster youth to travel from state to state, said all eligible former foster youth should be covered.

The 400,000 foster youth in the nation are a highly transient population who seek jobs, education or long-lost family. Landrieu intended to secure a protection for them, said Tricia Brooks, a research assistant professor at the Georgetown University Health Policy Institute and senior fellow at the Center for Children and Families.

“The simple drafting error of using ‘the state’ versus ‘a state’ has been interpreted in the proposed rules to require states to cover youth who aged out in ‘the’ state, but make it an option to cover youth who aged out of foster care in ‘a’ different state,” Brooks said. “This is concerning because it is not uncommon for a child to be placed in foster care in another state, particularly in metropolitan areas that span multiple states. Moreover, former foster youth are often a transient population, and covering them regardless of their current residency is critical to assuring that they have continuing access to health care.”

Brooks said she and Georgetown colleague Sophia Duong are writing a brief for Congress to try to amend the law. They expect to file it in the fall [of 2016].

In the meantime, Sen. Robert Casey, D-Pa., introduced a bill in Congress on July 23 called Health Insurance for Former Foster Youth Act of 2015. It seeks to ensure insurance continuity for foster youth who move to one of the 37 states that does not now permit Medicaid benefits to travel to that state.

“Why states aren’t picking up the option isn’t completely clear,” Brooks said. “I’m sure that some states simply want to avoid costs that are not mandated under Medicaid law. But I also think there is not widespread awareness of the issue.”

Brooks said CMS is taking another look at the issue to see if it has the statutory basis to require states to cover youth regardless of the state where they were in foster care.

A spokesperson for the Oregon Health Plan (OHP), the state’s Medicaid provider, said in an e-mail that Oregon’s decision was “part of a State Plan option that Oregon chose not to take. As with most State Plan options there are budgetary impacts that influence decisions.”

Walker Blevins, 20, was in foster care in Washington and Montana until she was 18. She lives in Niobrara, Neb., with her husband, Will. They are expecting a baby in September. When she aged out of foster care at 18, Walker expected to be covered by her own Medicaid. Nebraska said she was not. 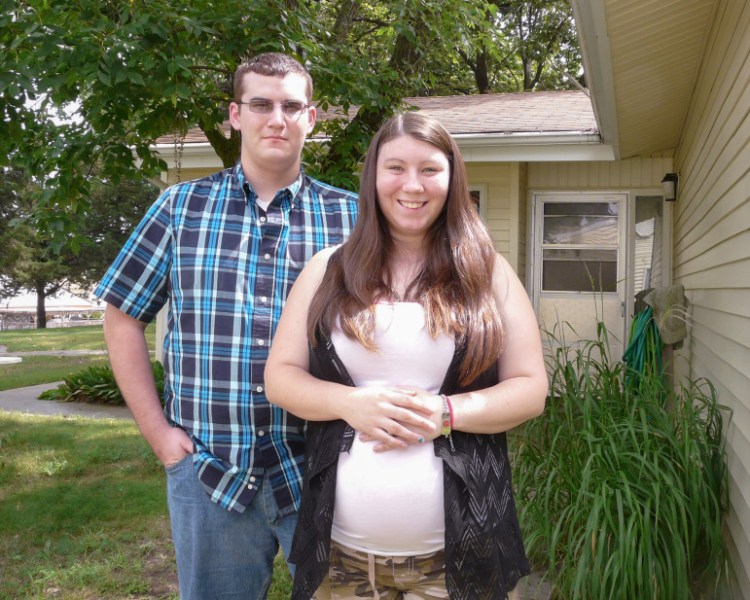 “Nebraska cut me off from everything,” said Blevins, who was in foster care from age 15 to 18 in Montana. “They said if you are not staying in Montana, you don’t get anything. If you’re leaving Montana, you’re done. The only reason they gave me for their decision was that I moved and that I was only eligible for health care as a foster youth in Montana.”

Blevins said she had the same issue when she moved back to Washington state briefly to take care of a sick aunt. Because she had aged out of foster care in Montana when she was 18, Washington said she was ineligible for her Medicaid under the Affordable Care Act. While she cared for her aunt, she had no health insurance.

When Blevins married and moved to Nebraska, she applied for Medicaid from the state of Nebraska because of her low income. That’s how she finally secured health care coverage, not through her rights as a former foster youth.

“At first it was frustrating,” Blevins said. “I had health care my senior year in high school, then it all crashed on me. I’ve picked myself up and learned how to handle these things on my own.”