Names have been changed. 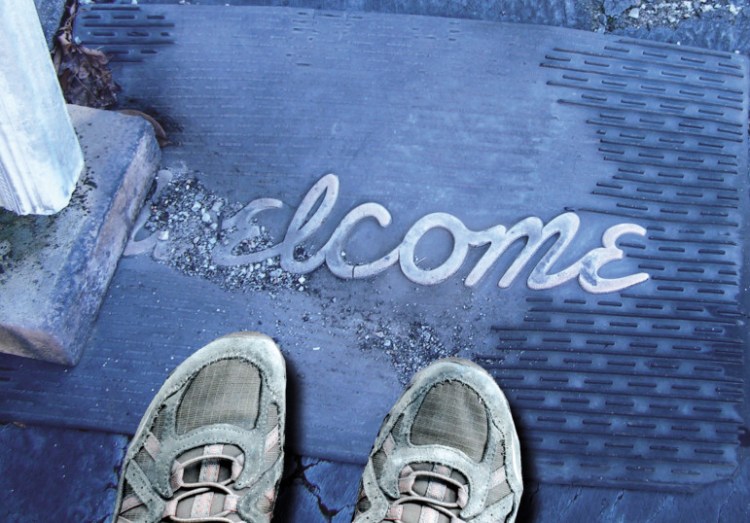 After my little sister Tracey was born, my father left the family. I don’t remember him, and I don’t know why he left. I do know he was on drugs. Michele, my older sister, had a different father, and she lived with his family.

My mother, I learned later, did drugs too, and she would hit us, yell at us and not make food for us. She had a series of boyfriends and some of them hit us, too. When I was 9, one of them hit me because I ate his Snickers bar, and he kept on hitting me like a man fighting another man in the street.

I went to school with two black eyes and a busted lip that day. My guidance counselor, Ms. A., asked me what happened. I told her I got into a fight with my little brother. I didn’t have a brother. I didn’t know what would happen to me if I told, so I kept the abuse a secret.

The abuse continued, and three years later, a Children’s Protective Services (CPS) worker came to the house, because of an anonymous tip. Now I’m glad they called CPS. But it was hard and scary to be taken away from our home when I was 12 and Tracey was 9.

When the two of us got to the CPS building, the worker called my older sister Michele and asked her if Tracey and I could stay with her. But Michele was having financial troubles and could not take care of Tracey and me in addition to her two kids.

After two weeks in the CPS building, one of the staff members said, “Pack your stuff; we’re leaving.” I thought we were going home. I ran to wake up my little sister, all happy, and said, “Come on Tracey, let’s go! We’re leaving!”

The staff said, “No, she’s not going anywhere; only you, sweetie.” Even though I fought with my little sister sometimes, it tore me apart to leave her.

Even though I fought with my little sister sometimes, it tore me apart to leave her.

After that, I lived in five group homes, three RTCs (residential treatment centers) and nine foster homes. Tracey went to a different foster home. Most of my foster parents were mean to me; some made me feel like a dog from the street. I hated all the placements except one.

When I was 15, my caseworker told me I was being placed with Mrs. Diaz, who was from the Dominican Republic. When I found out that she did not speak much English, I was worried that she wouldn’t like me because I did not speak Spanish.

When she first answered the door, she looked like such a nice person. I got less nervous. When my caseworker and I walked in, Mrs. Diaz gave me a kiss, and then she and my caseworker talked in Spanish. I had no clue what they were saying, so I just smiled. Her house was beautiful, and all the furniture was white. The house had three floors. I had never lived in a private house. I wondered how she could afford this. Later I found out that she was a landlord and owned five more buildings.

After my caseworker left, Mrs. Diaz and I got in her car. It wasn’t as hard as I thought it would be to communicate; we spoke in Spanglish. She drove to the mall and took me to Old Navy, Pretty Girls and Footlocker. With her own money, she bought me seven pairs of jeans, eight shirts, bras, socks, underwear and two pairs of sneakers. No foster mother had ever taken me shopping or put money in my hand. The others used to keep the foster care checks and say it was theirs.

Before Mrs. Diaz, I thought all foster parents were in it for the money.

Before Mrs. Diaz, I thought all foster parent were in it for the money. When we were walking out the store, I gave her a big hug and said, “Gracias.” That was one of the few Spanish words I knew. She told me she loved me, in English, and I said it back. I meant it.

Mrs. Diaz’s adopted daughter Belinda helped us with the language. Belinda was 13 and spoke both English and Spanish. She translated for both of us, and taught me Spanish so well that after four months I could speak it. I grew attached to Mrs. Diaz. She took me out to eat and to the beach, and she drove me to school when I missed my bus, even though school was far away. She treated me as if I was her own. After I had lived with her for seven months, I asked her if she could adopt me. She said yes and that made me so happy.

Mrs. Diaz called the agency to discuss [adoption] with my caseworker and social worker. My social worker said that she couldn’t adopt me because my mom wanted Tracey and me back. “So why hasn’t she called or visited us?” I asked my social worker.

I didn’t know that my mom still had custody of me; I didn’t even know where she was. After our first five supervised visits, my mom stopped showing up. I didn’t know if she still lived with the same boyfriend and if she would rather have him than Tracey and me.

On my next supervised visit, I asked my mom about lupus. “Can you die from it?”

“It’s a possibility. That’s why you have to cherish what you have now so you don’t regret it later.”

I asked about the last boyfriend who’d been abusing us when we were removed from her house, and she told me he was in jail. I was happy to know that my mom wanted me, and that my abuser was gone, but I did not want to leave Mrs. Diaz. I was confused: I didn’t know who to choose. My mom gave birth to me, but I didn’t want Mrs. Diaz to feel bad because she had grown to love me. I had been with her for three years, and I loved her.

I sat down on my bed in Mrs. Diaz’s house and talked to God about it. I thought about what my mom had said: “Cherish what you have now so you don’t regret it later.” Maybe my mom did not have that much time on this Earth and wanted us home with her. She seemed like maybe she’d changed. I decided to go home. Mrs. Diaz would miss me, but she would move on, as foster parents do.

After 15 supervised visits with my mom, Tracey and I had a six-month trial discharge — we went home to see how we liked it at our mom’s home. There was no boyfriend living with her, and she seemed calmer and was nice to us. She didn’t yell at us or hit us.

During my trial discharge, I kept on thinking about Mrs. Diaz. Two weeks after I moved back with my mom, I went to visit her. When Belinda opened the door she screamed with joy and called Mrs. Diaz to the door. We were all so happy to see each other.

Now, things have gone bad with my birth mom again. She’s off drugs, but she still screams abuse at me and dates violent men.

She’s off drugs, but she still screams abuse at me and dates violent men.

She will never be steady or supportive. I wish I’d stayed at Mrs. Diaz’s. I miss how she would try to tell a joke in English to cheer me up when I was down. The way she bought me the things I needed. The way she treated me like a daughter and not just another foster kid. The way she took me places. I would also have benefits like money for college if I’d stayed in foster care instead of signing myself out.

I visit Mrs. Diaz once a month or so. I don’t want to worry her, so I don’t tell her when things are going badly in my life. I like going to her house because she gives me a warm welcome and offers me a nice meal. She asks how I’m doing, and she tells me funny stories and we watch telenovas together. Leaving Mrs. Diaz’s was a big mistake, but I’m glad I can still see her. She reminds me what a mother’s love feels like, and that helps me do better and stay strong.

The writer is 21 and lives in New York City.

This is a teen-written article from our partner, Youth Communication, a New York City-based nonprofit that helps educators engage struggling youth and build their social, emotional and literacy skills. This column was scheduled to appear in Represent, Youth Communication’s magazine written by and for youth in foster care.