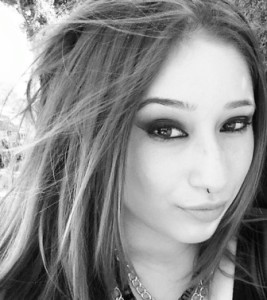 I was left with my father, who, in turn, was left with a stepson and two daughters — all alone with no manual or instructions. All he wanted was to be loved, but he was abandoned, and through this abandonment, he coped with his emotions through alcohol and drugs.

Before my mother left, my home was never normal. I was left with only empty memories of a mother I wish I truly had. I had a family for a very small period, but in those moments, I felt the loneliest I have ever been. My mother was never satisfied or pleased — she only worried about her next fix.

This home was never quiet or empty; it was filled with screams and shouts that would echo throughout the entire apartment.

My father gave it all to her — a family, a loving husband — and made sure she didn’t have to work. Even though my father sacrificed so much, he wasn’t perfect.

We all have demons we can’t shake off.

We all have demons we can’t shake off.  He also had an addiction to crack cocaine. Maybe that’s why my mother and father lasted as long as they did. The difference between the two of them was he had more heart and wasn’t completely lost in his addiction.

I remember having parties at our house every other day. At times these parties would continue until the next day, which would often be a school day. There would be gambling, drinking and drug use, or different varieties of the same thing. Of course, my little sister and I would have an older cousin or someone to watch us. Throughout those few years, I was exposed to drugs, alcohol, verbal abuse and sexual abuse. I suppose that’s the result of long reckless days and nights without any real adults around.

When my mother left my dad, I saw him at his lowest. He continued his drug abuse, and his drinking pretty much doubled. The man I used to look up to turned into someone I no longer knew. He became full of rage, hate and sadness, something I wasn’t accustomed to. I couldn’t have a conversation with him without him getting mad and shouting, and I was always left with unanswered questions. But one thing I can say is he never gave up on being there for us.

I found myself in the foster care system because my father was so lost in drugs and alcohol, he turned himself in to a rehab center. In a way, I felt abandoned — but also happy for him because he was going to receive help.

Once I entered the foster care system, I was no longer this happy little girl who hid all of her secrets. I was a little girl who was lost and confused. So I then turned to alcohol, something that was a cause of losing my family. I knew nothing else and I didn’t know how to express my emotions.

In middle school, I found myself hanging out with the wrong crowd because I thought that was where I fit in. Honestly, I craved violence at the time because I can’t say I knew what love was. I found that so-called love in the streets, and I confused that with something I longed for: a family and being accepted.

Honestly, I still craved violence at the time because I can’t say I knew what love was.

By the age of 13, I was already an alcoholic and exposed to a lifestyle unfit for a child. By then, I had already witnessed more than the average 13-year-old girl. Later that year, I ran away from my foster home, which landed me in juvenile hall on top of another case I was fighting.

From 13 to 16 years old, I was in and out of juvenile hall and was sent back to my father. Life hit me once again: My days were no longer carefree. I felt broken again. Even though I tried to drink my problems away and pretend everything was OK, deep down inside I truly knew I wasn’t fine.

At 16,  I found myself waking up in an ambulance. I almost died that day due to alcohol poisoning. I realized I started to push away the people who cared about me all along. I couldn’t accept love from strangers anymore because I was seeking it from someone else. I was looking for love from a family I didn’t have.

My addiction made me blind, and I started to become my mother and father. I tried to run away from all of my problems and I found myself running to alcohol. This addiction did not help me face my problems, but they helped me block out life. I once again was the lost and confused little girl I had tried so hard not to be. The moment I almost lost my life due to an addiction is the day I opened my eyes and saw the true meaning of hope.

The moment I almost lost my life due to an addiction is the day I opened my eyes and saw the true meaning of hope.

I had an older brother I hardly knew and an innocent little sister caught up in the mix of all of this. Once I saw the big picture and stopped feeling hurt, confused, lost, helpless and abandoned, I knew I had to make a difference. My father and I became closer, and I finally felt like I had my dad back after blaming him for so long. I was too afraid of being left alone again that I forced myself to create this barrier, a barrier I believed protected me from being hurt again.

Today, I live a life filled with people who are loving, caring, supportive and overall have made my life meaningful. To think all of this happened just a few years ago has really inspired me to never give up because life does get better. I’m now a student in college, majoring in electrical engineering. My relationship with my father and siblings are now at its strongest, and I can finally say I have a family. It’s not perfect but now is there really a perfect family?

Jessica Martinez, 21, is a full-time student at Los Angeles Mission College majoring in electrical engineering. She is an active member at InsideOUT Writers and the Anti-Recidivism Coalition.