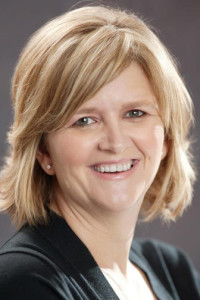 I have attended several funerals during my lifetime. At one, when I was still in high school, I remember watching the mother of a friend throw herself over her son’s casket, unable to contain her emotions.

Those of us who were there sat and stared, stunned, but silent. Eventually, a much older lady with gray wispy hair came running down the aisle, throwing her arms around the woman’s shoulders, whispering that it was OK and that she should take a break for a while. She hugged the grieving mother and supported her while they looked for an empty chair.

Later in life, I was at a funeral for a man who had died, and his wife was so upset that she was shouting profanities at his casket, banging on it, asking him why he broke his promise to never leave her. Again, a women came from the back and threw her arms around the distraught woman. This time I couldn’t hear the conversation, but you could tell it was soothing.

In any other public situation, these types of outbursts would be deemed unacceptable. But, at a funeral, when individuals are grieving, it seems we have an unstated rule that any and all behavior is acceptable, and it probably should be.

However, what if you lost a loved one over and over again? What if they presumably died more than once? For some of the children lost in our foster care system, that is exactly the case. They are pulled from their parents and placed in a presumably safer environment. Some are reunited, only to be pulled again. Others will never see their parents again. How are they allowed to grieve?

If a small girl is pulled from her mother’s home, only to be placed in the safety of strangers, and she attends school later that week, only to throw something at another student or even the teacher, is she grieving or a troublemaker?

Children, unable to make the leap that their grief and sorrow may be connected to their own behaviors, can’t recognize the underlying cause. Professionals often dismiss these problems as impulsive behaviors or a symptom of a larger psychological issue. Some foster children are not so social; they do not talk much to other children and have a difficult time understanding their own feelings and actions.

These children have suffered a tremendous loss — a deep sadness and grief that often goes unrecognized and leads to deeper traumas. When we learn to recognize that a child may be grieving, it may be easier to throw our arms around them and tell them everything is going to be OK, instead of issuing a punishment.

Shenandoah Chefalo is a foster youth alumna. She is a writer and advocate for foster youth and foster care reform. You can learn more about her and her work at Garbage Bag Suitcase.com.