LOS ANGELES — Monserrat Zarza was 15 years old when she was assigned to a group home, only six months after entering the Los Angeles County foster care system. Group homes provide a placement option for hard-to-place children “with significant emotional or behavioral problems,” according to the state of California.

Being in an environment with several dozen other troubled kids was not what Zarza expected when she gathered the courage to pick up her phone and ask for help after a decade of physical and emotional abuse by her mother. She was hoping for a real family home. The idea of a group home scared her. 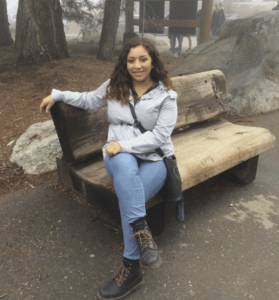 When Zarza first entered the system, she did live with a foster family for six months. During that period, Zarza’s biological mother told her that she wanted to commit suicide because of the investigation and scrutiny that Zarza had put her through. In reaction to her mother’s accusations and threats, Zarza said she began to abuse drugs to cope with all the trauma and stress she was feeling. That’s why she was discharged from her foster family and reassigned to the Penny Lane Group Home in North Hills, California, after social workers told her they could not find her another foster home.

Now 20, Zarza has tried to make the most of her life since leaving her mother. At Penny Lane, she enrolled in a program to sober up. She said she believed in the system — until one day the group home staff caught her roommate using drugs and called the police. Zarza stood and watched as police officers arrested her friend. She never saw the girl again.

The use of arrests to control the behavior of foster youth is reportedly an all-too-common practice in many group homes. Denise C. Herz, associate professor of criminal justice at California State University, Los Angeles, has analyzed data on crossover youth in Los Angeles County since 2007. (Crossover youth, or dual status youth, is a term for children who are victims of abuse or neglect who also enter the juvenile justice system.)

In her most recent report, released in May 2015, Herz found that 32 percent of the foster youth who were arrested were living in group homes. She also found in the 15-month study that African-American kids were greatly overrepresented among the crossover kids. Plus 36.6 percent of the crossover population were girls, as opposed to 20 percent in the general juvenile justice population.

Zarza said Herz’s study matched her experience. “When we had a problem, they [the staff in the group home] were supposed to help us get better.” Instead, when it came to her friend, she said, “they just threw the cops at her the first time they caught her using. They should have reached out to her drug counselor first. They should have confiscated the drugs and figured out another way instead of calling the police.”

Juvenile public defender Maureen Pacheco, who has been working with the juvenile justice system for 37 years, agreed that social workers in group homes tend to report youth too easily.

“Social workers see the delinquency court having this power to detain kids. It’s almost like a mother turning to a father and saying, ‘Punish him,’” Pacheco said. “So they look at the delinquency system as having the power to control these kids. And the control is they get locked up. They think of that as a traditional method of disciplining the kids.”

As an example, Pacheco points to a client (called Robert, to protect his anonymity). He lived in a large group home for seven years, she says, dealing with such problems as being adopted and unadopted multiple times. Recently, after tracking down his birth mother, Robert and his sister escaped from their group home to meet her. The experience has caused a flood of emotional issues for him.

Once during lunch, during an argument with a social worker, he mouthed off angrily, saying “I’m going to kill you” as he had a wrench in his hand. The social worker called the police, and Robert was put on probation for 17 months and is still on probation today.

Pacheco said the boy had never been known to be violent, but had often expressed his distress using empty threats. “To me that means this is a kid who is expressing his anger, but he is not somebody who is going to be a danger,” she said. “But because they [the group home staff] have liability for other people in the group home, they almost have to overreact in order to not have a situation where other kids get hurt. It is very discouraging because the liability has become their number one concern, not the well-being of the kids,” she said.

“With my two teenage sons, there were times when they would say horrible things to each other and make threats to each other. In a private home you are not likely to say, ‘I am going to call the police and have you arrested.’ You realize it is normal teenager behavior,” said Pacheco.

Attorney Barbara Duey agrees with Pacheco. Duey, who is an attorney and crossover director for the Children’s Law Center of Los Angeles, said that because social workers often do not have the patience, time or training to adequately assess a kid’s emotional reaction in a high-stress situation, their first response is to pick up the phone and call the police when kids act out, as kids often do.

“The system doesn’t parent, the system just reacts,” she said.

“When I was growing up at home with my sister, we shared a bathroom. We got in fights all the time. If I picked up my hairbrush and threw it at her, and shattered the glass, I’m going to get grounded by my parents,” she said. “However, our kids get arrested for assault with a deadly weapon and vandalism if that same thing happens in a group home setting.”

According to Duey, the overreaction continues after police are called. When a foster youth is arrested while in the group home system, the offense with which he or she is charged is likely to be more serious than if the child is arrested outside the system. For example, the hairbrush toss could be categorized as assault with a deadly weapon. The youth in question would be taken to juvenile hall and the case would go to the District Attorney’s office.

“The next thing you know, they are in court facing felonies. It happens all the time,” Duey said.

One of the problems contributing to the overcriminalization of foster children, experts say, is the fact that social workers often have high caseloads and thus do not make good parents.

Zarza was rushed into a group home because her social worker was going to leave town in a week. The social worker promised Zarza she would only stay in the group home for at most three months, after which she would find Zarza another foster home.

“I was really scared at the beginning. I thought something bad was going to happen to me and I kept waiting for her to come back.” But the social worker did not return. “I ended up staying there for 1½ years,” Zarza said.

When the social workers in her group home were overwhelmed, they would often take out their frustration on her and other girls, according to Zarza.

One time, she said, when she asked one social worker for keys to open a closet of clean clothes because she planned to take a shower, the worker asked her to wait. When Zarza came back to ask a third time, the worker told her that she was a “failure.” That’s why Zarza was in a group home, the social worker said, and that was why she would be a loser for the rest of her life like all the other girls.

“I was really hurt because I wasn’t expecting to get insulted like that when I simply asked to get my belongings to take a shower,” Zarza said. 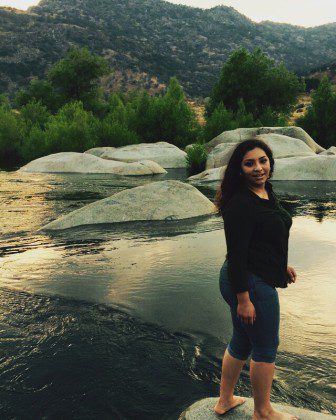 The Los Angeles Department of Family and Children’s Services is short on foster families, so when a family cannot be found for a child, many reportedly wind up in situations similar to Zarza’s.

Judge Michael Nash, the former presiding judge of the Los Angeles Juvenile Court who was recently appointed director of Los Angeles County’s new Office of Child Protection, said the group home is the least preferred placement for children and youths because it is an unnatural setting.

According to Zarza, when she was in a group home, there were only four social workers in charge of 45 girls. The girls had no privacy and were only allowed to close their dorm doors for five minutes when they were changing. Some girls used this time as an excuse to pick fights. Zarza never adjusted to this living situation.

“I could never live a normal life like any other kid in my age,” she said.

Zarza had no one to turn to when she had problems within the group home. For over a year she and her friends filed grievance complaints but never heard back from anyone.

“It’s not like somebody’s there in your corner as your advocate like a parent would be,” Pacheco said.

‘We are failing them’

The situation Zarza described is not an individual occurrence; it is a problem with the system, according to Pacheco.

“The delinquency system is treated as a dumping ground by the foster care system,” she said. “Social workers use the juvenile justice system when they are frustrated by kids’ noncompliance with the plan. They see the juvenile system as a place where they can lock the kid up. It is a tremendous problem.

“We are failing them,” Pacheco said.

Youth advocates hope that California’s Assembly Bill 403, passed last year, will help ensure that foster youths like Zarza are placed in a healthy living environment. The legislation, which will go into effect on Jan. 1, 2017, will replace group homes with short-term residential facilities designed to provide temporary support to kids with identified needs before returning them to a “family setting.”

During his time leading the Los Angeles Juvenile Court and as supervising judge of the Juvenile Dependency Court, Judge Nash wanted to find a way to ensure that the foster care system accurately focused on kids’ individual needs and that youths were not placed into group homes as a last resort. So he and his colleagues implemented a protocol in 2014 to improve the group home system.

Nash admits it will take a while to see solid results from AB 403 and his group home protocol, but he is confident that both will ultimately help foster youths.

Pacheco said she would also like to see some revisions in the role of social workers who help and care for foster youths. 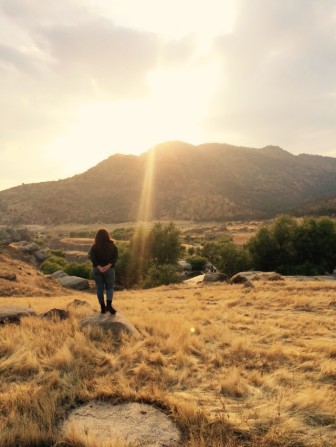 “Having a mentor who understands the system and helps them navigate the system” is important, she said. “Nobody is acting as a parent for the kids so having somebody who can at least advocate for them would be helpful.”

Zarza too is trying to make changes in the system. With this goal in mind, she has joined California Youth Connection to be an advocate for foster youths. She will age out of the system in a year, at 21, and says she wants to do all she can so that other youths in the system won’t experience the same pain she went through.
“I just want my past be my past, my present be present, and my future be different,” Zarza said.

This story is part of a series by reporters from the USC Annenberg School of Communication and Journalism. The series is part of a collaboration between the Juvenile Justice Information Exchange and WitnessLA.